Sale of Gold Ridge mine to Solomons nearly done 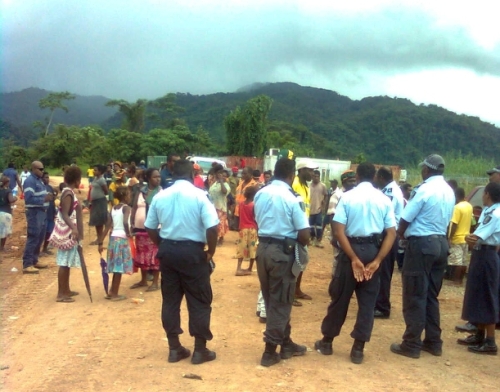 Police confront local landowners at the mine earlier this year

The Australian based owner of the Gold Ridge gold mine in Solomons Islands, St Barbara, has confirmed the sale of the mine to the Solomons government is being completed.

The company would not disclose the terms of the transfer, saying negotiations are still underway but it says it would not play any further part in the operation of the mine.

The mine has not operated since early April after flooding put it out of action.

Earlier this month, the company laid off hundreds of local workers.