Sydney lawyer and mining venture capitalist, Renzie Duncan, is on the prowl again for Bougainville’s mineral wealth, with his old friend Philip Miriori,  the scandal-plagued, self-appointed head of the Me’ekamui Tribal Government.

This time its through Central Me’ekamui Exploration Limited, which is in partnership with Australian mining firm RTG Mining.

Company extracts indicate that Central Me’ekamui Exploration Limited, despite its very local name, is in fact a foreign enterprise.

This assertion is based on the fact it is 50% owned by Australian company, Central Exploration Pty Ltd. 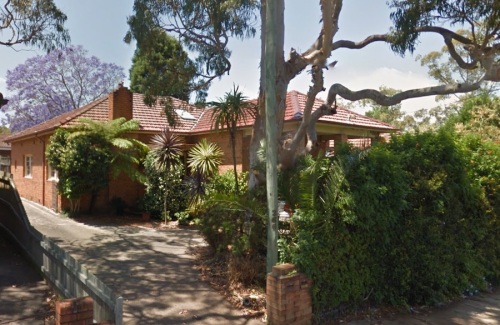 Under the Investment Promotion Act 1992, a company which is 50% owned by a foreign entity is deemed a foreign enterprise and must apply for certification to conduct business in Papua New Guinea.

Section 41 of the Investment Promotion Act 1992 states it is an offence to carry on business without certification, punishable by a K100,000 fine.

There is no record with the Investment Promotion Authority that Central Me’ekamui Exploration Limited has applied for certification, despite the fact it has been clearly conducting business with RTG Mining.

However, this is not the first time Duncan, Miriori and the other Central Exploration Director, Michael Etheridge, have conducted business in Bougainville.

The last time it was through Transpacific Ventures Limited.

‘In the past 12 months, TPV has negotiated and signed an Agreement (the “Cairns Agreement”) with the Sovereign Me’ekamui Tribal Government on an exclusive basis for 20 years, renewable, to advise customary landowners (the Me’ekamui) in developing their natural resources sector, including potential oil and gas, on the island of Bougainville, PNG and surrounding atolls and marine territories, and to participate with the Me’ekamui in such development and other business opportunities’.

Yes, that’s right, Philip Mioriri and his self-styled tribal government proposed to sign away the natural resources, landed and marine, across Bougainville. Clearly, he had no right to, and Transpacific Ventures had no legal business publishing this information to investors.

Of course the claim by President Momis that RTG mining ‘doesn’t have any money’, is rather ironic given that his preferred operator, BCL, cant even afford permanent staff – and has no means whatsoever to raise the sort of capital to develop Panguna.

But the core point all this squabbling between various minority interests distracts from is this – 98% of the people in and around Panguna oppose mining, under any industrial guise. They have suffered the environment and human loss.

The ordinary people – real landowners – don’t have government support, nor do they have access to the internet or media. Their voice is unheard, except when they protest and resist.

The re-entry of Duncan and Mirori, will be cynically used by the government to label all landowner resistance, simply a plot to bring in an alternative developer by the backdoor. If this is argued, it is a lie.

Landowners throughout the mine area remain opposed, like they have since 1963, when the first rumblings of Panguna began. Journalists will not report this. They don’t leave their offices, much less speak with someone who cant reply in english.

On the rare occasions they do leave their office, they knock on the door of Lawrence Daveona, Philip Mioriori and other individuals, who falsely claiming they somehow speak for all landowners, which they don’t. Of course the colonial powers did this back in the 1960s. Some poor old man, was wielded out to say yes, while the mothers cried no.

History has been a cruel teacher, it is unlikely the mothers of the land will allow the bulldozers through this time.