Five voice fears on seabed mining to conservation board in NZ 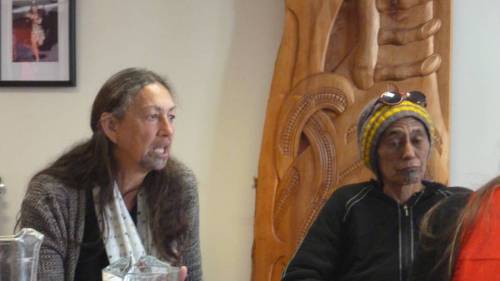 “In reality the biggest pests are the humans. We are the only ones that will destroy our own habitat.”

It was strongly urged to appeal against seabed mining happening in South Taranaki waters.A passionate young person and four equally heartfelt others poured out complaints to the Taranaki/Whanganui Conservation Board on Thursday.

The group of five spoke at the public forum part of the board’s meeting in Whanganui. They wanted the board to appeal against the Environmental Protection Authority’s decision to allow the mining.

Board members received independent legal advice on a possible appeal during the day, and also met with representatives of the Office of Treaty Settlements.

The five had a list of complaints against the Conservation Department (DOC). Tanea Tangaroa was devastated DOC hadn’t objected to the mining application.

And she said a 1080 aerial poison drop in the Ruapehu District this week had traumatised people and led to an alternative water source being offered to Ohura residents.

She asked whether a law change allowing mining on conservation land could affect land here, and said the legal assistance available for people objecting to developments has been reduced.

When DOC didn’t make a submission on the seabed mining application, Rae Ranginui lost respect for its integrity

“I believe they are here to serve corporates,” she said.

Te Huatahi Hawira “spilled out her heart” in a long speech that included the mining issue, 1080 and another possum poison, myrtle rust, kauri dieback and Whanganui’s port development.

She said her ancestors’ ashes were in the port area and she couldn’t even go there.

“In reality the biggest pests are the humans. We are the only ones that will destroy our own habitat.”

Board chairman Te Tiwha Puketapu noted their complaints. The board’s role was to promote conservation and give “thoughtful advocacy”, he said.

It hadn’t decided whether to oppose the seabed mining consent.

DOC operations director for this region, David Speirs, said the department did not have a fixed position on seabed mining and looked at each case on its merits.

In the case of Trans-Tasman Resources, which wants to mine in South Taranaki waters, it decided to oppose the company’s first application. Its second application had some changes.

“The department decided that, to the extent it had legal mandate, it couldn’t make any gains by making a submission. It left the matter to the EPA to consider,” Mr Speirs said.

He had never met with anyone from the company.

DOC had personally apologised to the board, Nga Rauru and Ngati Ruanui for not letting them know it would not make a submission. It had talked with each about how to do things better.

“We don’t like not doing our job,” Mr Speirs said.

On 1080, a DOC spokesman said that toxin was the most researched in New Zealand for more than 40 years. It had saved kakapo and other birds from extinction.

“If we had something better, we would use it. But we do not.”

Mr Puketapu said it was clear that views on 1080 were polarised.

“We are not trying to convince each other that the other one is right. We just have to make sure we are being heard.”