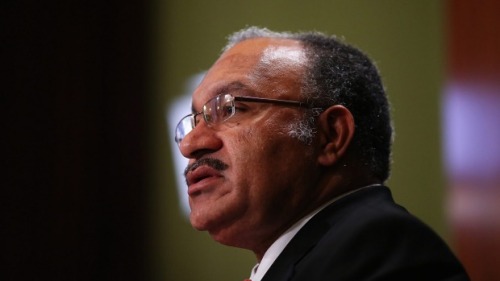 Mr O’Neill conveniently forgot to tell the United Nations his govt is the first to allow experimental seabed mining and one of the very few to allow ocean dumping of toxic mine waste (DSTP), instead he chose to pretend he cares about our declining oceans…

He said while Pacific countries were feeling the greatest impacts, the problem was of global relevance that required greater global action.

“We share growing concerns over the declining health of our oceans and seas that sustain so many nations. Uncontrolled and poorly regulated human activities, including illegal, unregulated and unreported fishing, pollutants and plastics and of course marine debris are killing our waterways.”

Mr O’Neill said many PNG communities were being forces to abandon their traditional homes because the decline of ocean health means loss of food and livelihoods for them.

According to him, PNG is doing what it can to address the problem – an integrated national oceans policy has sought a coherent cross-agency approach to ocean governance.

But he stressed the need for more action on reducing harmful human activities in relation to oceans.

Mr O’Neill welcomed the first-ever Oceans Conference in support of Sustainable Development Goal 14 on conservation and sustainable use of oceans.