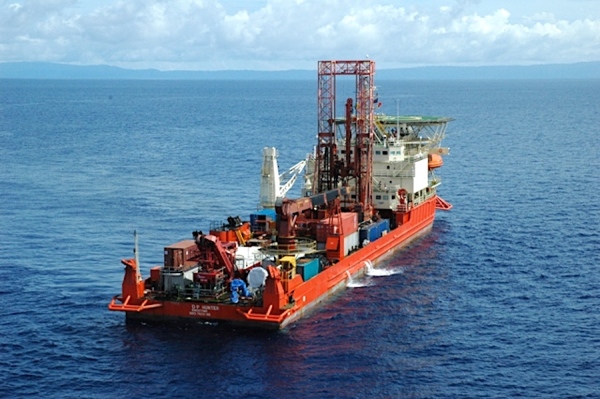 Shares in Canada’s Nautilus Minerals, one of the world’s first seafloor miners, were hit hard on Wednesday after the owner of the shipyard where the company’s support vessel is being made said it had cancelled the contract with the supplier chosen by Nautilus to build its ships.

The Toronto-based company, which is in the last stages of developing its Solwara 1 gold, copper and silver project, off the coast of Papua Guinea, said Fujian Mawei Shipbuilding’s decision was in response to the shipbuilder failing to pay the third instalment of the contract price — $18 million before interest.

The company’s stock fell almost 19% in Toronto on the news, hitting 15 Canadian cents at 12:21 PM local time, but between the average range it’s traded so far this year. In the last seven years, however, Nautilus’ shares have sunk around 90% and is now valued at just over Cdn $111 million.

The miner, which also is developing another underwater project, off the coast of Mexico, secured last month $34 million from lender Deep Sea Mining Finance, to finish its Solwara 1 project. However, it lost Anglo American’s support, as the mining giant said in May it was in the process of divesting its 4%-stake in the company.

Environmental groups have criticized the project, which will use three robotic machines weighing up to 310 tonnes to mine copper and gold from extinct hydrothermal vents on the ocean floor. Nautilus plans to then mix the ore with seawater to create a slurry, which can be drawn to the surface, stored and then put on other ships for transport. The extracted seawater is then pumped back to the seabed.

The company’s seafloor production machines, each the size of a small house, are equipped with massive rock-crushing teeth.

The Canadian firm is not the only one hoping to start mining the bottom of the ocean.  It’s estimated that the United Nations’ International Seabed Authority (ISA), which is in charge of issuing exploration licences to both governments and companies has granted 26 such permits since it first opened up massive underwater regions to mining companies.

Countries including New Zealand, Namibia, Fiji, Tonga, Vanuatu and Solomon Islands have also granted permits for seabed mineral exploration. The Cook Islands has even undertaken a minerals exploration tender process, but PNG is the only country in the region to have granted a licence for ocean floor mining.

One response to “Nautilus Minerals tanks on shipbuilding contract cancellation”