Unauthorised Miners To Be Fined 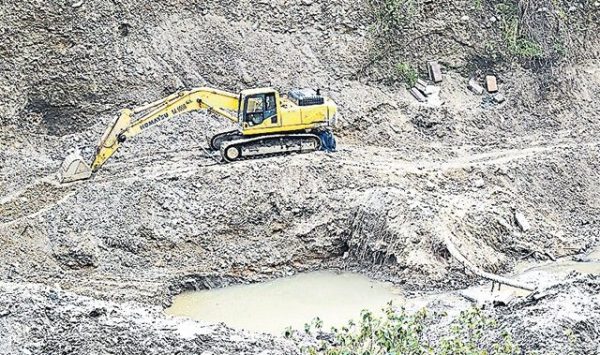 The Mineral Resources Authority has started ridding unauthorized semi mechanized or mechanized mining in the country.

Unauthorized alluvial mining is predominant in the Wau and Bulolo areas of Morobe Province.

Illegal alluvial miners face a fine of up to K10,000 or prison term of up to four years.

MRA stated such activities are not only illegal but pose substantial environmental and safety risks to miners themselves and the surrounding communities.

MRA’s acting managing director Nathan Mosusu appealed to the miners to adhere to the regulatory requirements, which is part of MRA’s regulatory compliance responsibilities.

Mr Mosusu said MRA has in the past demonstrated its openness and commitment to developing the alluvial sector in collaboration with miners, but it is the miners’ obligation to ensure they operate in compliance.

“I am asking miners to work with MRA for the betterment of the sector. Together we can achieve results,” Mr Mosusu said.

The Mining Act 1992, section 167 states – a person shall not carry on exploration or mining on any land unless he is duly authorised under this Act.

The MRA said the deaths of alluvial miners from cave-ins caused by unauthorised mining activities, and failures to adhere to safety requirements have become common.

It said tunneling and sluicing as part of these unauthorised operations has damaged local roads especially between Wau and Bulolo.

The Wau and Bulolo areas have a long history of alluvial mining that dates back to the 1920s.

At present, there are 81 active alluvial mining tenements and 50 inactive historic tenements granted under the previous mining legislation.

The 50 historic tenements are yet to be converted to alluvial leases recognised under the current Mining Act 1992. Once converted, the terms of these converted tenements would then ensure key safety and environmental aspects of mining operations are regulated appropriately.