Govt not learning from experience 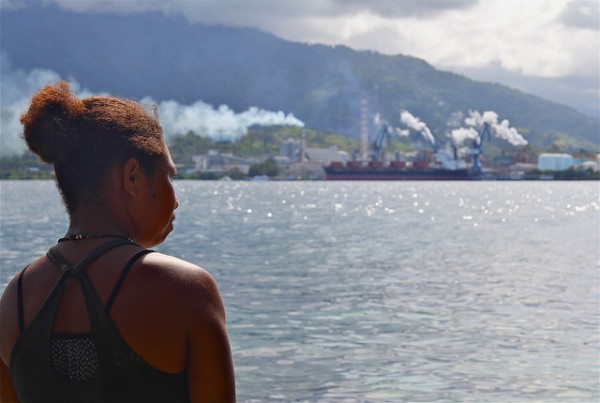 The current government along with its responsible agencies are still not learning from the damaging experiences of mining activities in the country.

The experiences of Panguna, Ok Tedi, Tolukuma, and others are all there for the responsible authorities to learn and do things properly. The environmental pollution and damages caused by these mines have exceeded the monetary and other benefits put together.

The evidence are overwhelming but the government is still somewhat ignorant thus placing short term revenue gains ahead of long term gains and sustainability and dependence of our small people on the natural resources such as river systems, forests, seas, etc.

The recent MoU signed by the O’Neill government with the developers of the multi-billion kina Wafi-Golpu mining project in Morobe province is another clear indication that it does not care about the local peoples welfare and long term survival.

The Morobe Governor and Huon Gulf MP Ross Seymour with the concerned landowners must be commended for voicing their concerns against the signed MoU.

Although Bulolo MP and Energy Minister Sam Basil and former Morobe Governor Kelly Naru have said that the MoU is only a guide to pave the way forward, the concerns of the Morobe people and leaders who will be directly affected must be respected and considered.

It is very surprising to see the minister responsible for mining and Kainantu MP Johnson Tuke silent on this very important issue.

Also on a close look of the electoral boundaries, eighty percent of the Wafi-Golpu project is in the Huon Gulf electorate and not in Bulolo-Wau so

Basil’s heavy involvement and not Ross Seymour as the Huon Gulf MP with Governor Saonu is a concern as well.

The natural resources and assets of this country must not be taken for a ride by a few privileged individuals. The MPs are voted into parliament to make decisions in the best interest of the people as their first priority and not for themselves and the developers who after all are short terms profit-oriented visitors who only care to bring the best returns to their shareholders only.