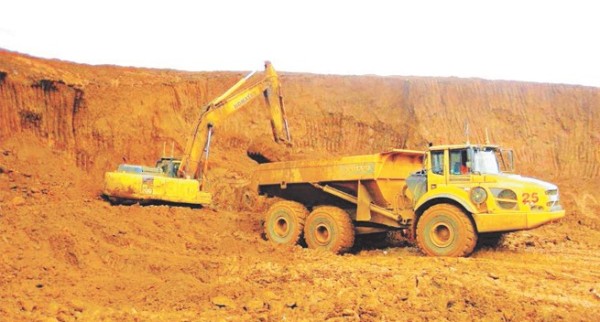 RAMU NicO Nico Management (MCC) in Madang will reconsider its decision on the planned K5 billion expansion programme, vice-president Wang Baowen announced last Thursday.
He said the company was reconsidering its earlier announcement to expand the mine because of the costs involved.
Baowen said the company was yet to finish some of its obligations in its memorandum of agreement which expired last year.
He said the agreement must look after expectations and benefits of landowners, including stakeholders like the national government, provincial government, local level government and landowners.
Ramu NiCo Management, which runs the Ramu nickel and cobalt mine, announced a planned K5 billion expansion of the mine during Apec last year.
The announcement has created controversy among the landowners and other stakeholders.
Prime Minister Peter O’Neill and Madang Governor Peter Yama both said mine expansion would be guaranteed only after the current agreement was reviewed.
Yama said the agreement review would ensure more benefits go to the landowners and stakeholders.
“The Ramu nickel mine expansion will wait till we conduct the review,” O’Neill said when he visited Usino-Bundi district last month.
Landowners of the Kurumbukari mining area at Enekwai threatened to shut the mine’s water supply in December when they heard about the expansion.