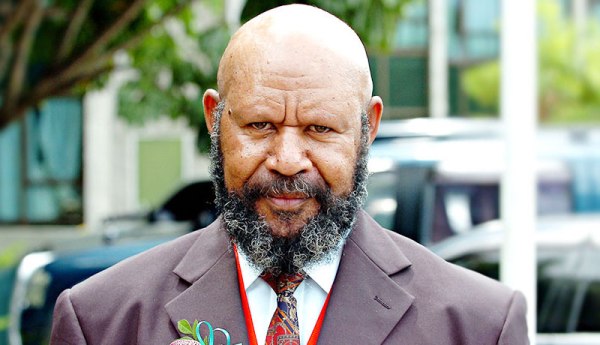 Mr Kore said they are reviewing the Mining Act and have been directed to submit the Act in the next Parliament sitting.

“The revised Mining Act will go to Parliament in September this year.

“So as for the Mining Act, last year we introduced the Mineral Resources Authority Act and we are currently working in collaboration with MRA to revise the Mining Safety Act.

Our Act is as old as 1977 so we try to update it with the latest technology and advancements that is happening so we try to bring our act up to par with what we have internationally,” he said.

“I am promoting that in the coming (parliament) session. We’ve conducted our due diligences, we’ve visited all our agencies and it’s been on the shelf for the last six to seven years. I think this is prime time we have to do this.

“In the coming session also I might be able to update PNG on the status quo of all our mines but our engagement with Wafi-Golpu has came to a halt and it’s now before the courts so we will not comment on that,” he said.

Meantime PNG Chamber of Mines and Petroleum president Gerea Aopi told the 35th Australia PNG business forum in June that the mining industry would remain a strong supporter for development in the country, highlighting the 26 per cent contribution to GDP and 80 per cent of national export revenue.

“The sector also provides more than 20,000 jobs to Papua New Guineans, whilst 30,000 more are employed in landowner businesses, and other PNG businesses that support the industry,” Mr Aopi said.

He said in order for the industry to continue supporting and growing the national economy, there needs to be stabled and predictable government policies and a favourable investment climate that underpins PNG’s investment attractiveness, clearly in reference to the proposed review to the mining act.

A point which the chamber pointed out that its members pay corporate taxes, royalties, dividends, and also employee taxes on their wages, totalling to over K1.5 billion representing over 16 per cent of the total K9.1 billion tax revenue collected by the government in 2017 alone.

“While we support the government’s vision to increase the country’s revenue, we must remember that the resource industry has always been a strong contributor to PNG’s development and that the industry has always complied with taxation laws by paying its fair share of taxes,” the chamber announced in a statement earlier this month.