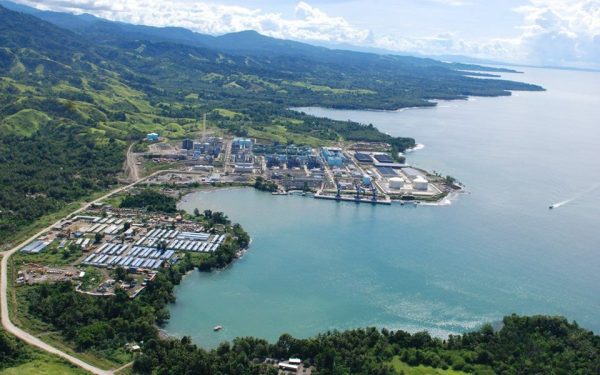 And gardens, plantations and vegetation at surrounded and nearby Ramu Mine areas are now seriously affected, he said.

“If Prime Minister wants to prove it to himself beyond reasonable doubt, please, I am willing to have you come to Madang, I will fly you there, you see the deformed baby, you see the land, you see the sea yourself and see all the people that are affected and suffering, your people out there, then you can believe yourself,” he said.

He spoke again about all the issues he raised including those of the electorate MPs to the Parliament reiterating the mine closure and a review with a new MOA to be signed in favour of his government.

“I cannot allow this to happen in Madang.

“Madang is so beautiful I cannot bear to see my children born deformed and the last thing is I don’t want my people and my people must not blame me and my children that I have done injustice to them because I was the governor.

“And I have the privilege to tell this Parliament, there’s no other way to help this people but to shut down the mine and re-negotiate.

“Prime Minister if you want to take back Papua New Guinea, you must start with Ramu Nickel.

“The agreement has expired and we must now sign the MOA, and look at all these issues that we have been raising all through, let’s have a win, win situation here, the last thing we want is, if there is no even playing fields, what’s the purpose of having Ramu Nickel?”

One response to “Yama Invites PM To Visit Basamuk Bay”