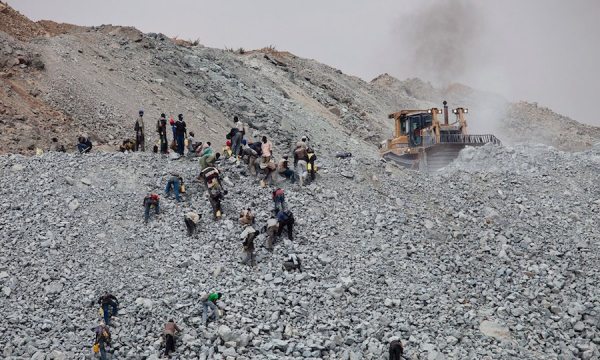 The claim was issued against Barrick Tz Limited, formerly known as Acacia Mining, of which Barrick was the majority shareholder. Majority-owned subsidiaries of Barrick operated the troubled Tanzanian gold mine from 2010 until 2019. In 2019 Barrick bought out the minority shareholders of Acacia, delisted the company from the London and Dar es Salaam Stock Exchanges, and took it back under its control.

The group of claimants, who brought their case forward last Friday, reside in communities around the mine. The group includes the father of a nine-year-old girl run over and killed by a mine vehicle, driven without due care, on 19 July 2018. The young girl’s stepmother and other women who had gathered around the body, and whose claims were also issued, say they were injured when security personnel and/or police fired on them without warning. The claimants further include a 16-year-old youth who says he was shot in the back and then beaten by the police employed by the mine, and a man who says he was seriously assaulted by the police on the mine site.

The group of victims was assisted by RAID, a UK-based corporate watchdog, and MiningWatch Canada, which have both documented human rights abuses at the North Mara mine through repeated research visits beginning in 2014. The claimants are represented by British law firm Hugh James.

“This group of victims represents just a fraction of those who have suffered abuse at the North Mara mine, but the filing of their legal claims in a British court brings hope of justice,” said Anneke Van Woudenberg, Executive Director of RAID. “Barrick Gold should use this as a wake-up call to address the human rights situation at the mine, rein in the security forces, and ensure that those who have suffered obtain remedy.”

The North Mara gold mine, located in a remote part of northern Tanzania, has been plagued by reports of serious human rights abuses against local community members by security forces since it was acquired by Barrick in 2006. This is the second British lawsuit against Barrick’s subsidiaries for deaths and injuries at the North Mara mine. The first, commenced in 2013, was settled in 2015 by Acacia Mining. The mine’s engagement of the local police, which it pays, equips, and accommodates to provide security in and around the mine site is central to the problem. The mine continues to employ the police despite a pattern of excessive use of force over many years against local residents on and off the mine site.

MiningWatch Canada and RAID documented 22 killings and 69 injuries at or near the mine from 2014 to 2016 alone, while a 2016 Tanzanian parliamentary inquiry received reports of 65 killed and 270 injured by police jointly responsible for mine security. From 2014 to 2017, Acacia itself acknowledged 6 deaths relating to the use of force against ‘intruders’ and/or police involvement and 28 other ‘intruder fatalities’, which it attributed to ‘fall from height’, ‘infighting’, ‘drowning’, ‘rockfall’, ‘vehicle accident’, and ‘other’. RAID has sought further information on these deaths, but none has been provided. Despite widespread attention and calls for reform at the mine, the abuses have continued. To MiningWatch and RAID’s knowledge, not a single police officer has been held to account.

At last week’s Mining Indaba in South Africa, Barrick’s CEO Mark Bristow acknowledged that Acacia Mining, Barrick’s subsidiary which operated the North Mara mine till 2019, had been “irresponsibly-run” and “not properly managed.”

“Barrick’s approach to security at the mine has not changed in ways that would make a significant difference, for example by no longer employing police in securing the mine, since the company transitioned from a majority holding and chairmanship of the Acacia Mining board to full ownership.” said Catherine Coumans of MiningWatch.

“MiningWatch Canada continues to document new claims of human rights abuses by mine security at the North Mara Mine and to engage Barrick on the ongoing violence, including at the annual shareholder meetings.”