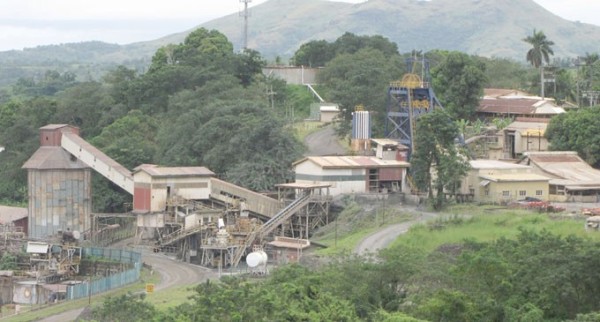 VATUKOULA Gold Mine Ltd will wait on the outcome of the full audit carried out by the Department of Mineral Resources before deciding on the next course of action.

“Since all three incidents occurred in Vatukoula’s underground workings, the only competent authority to conduct an investigation and to whom all reporting is made, is the Mineral Resources Department,” she said.

“Work in the particular area (Smith Shaft) where the fatality occurred was suspended (and remains suspended). That is standard practice.

“Vatukoula’s underground workings are very extensive with outlying areas some kilometres away from where the fatality occurred and at varying depth.

“Since the subsequent two rock fall injuries occurred in another shaft (Philip Shaft), the MRD clearly deemed it timely to suspend operations mine wide and conduct an audit to determine what, if any, the contributory causes may have been.”

Ms Laufenboeck said the onus would also be on VGML on how it would satisfy the Mineral Resources Department audit team.

She said the Mineral Resources Department was the only authority licensed to inspect mines.

“Because the mining situation is dynamic, it is constantly changing and unlike a surface building which, once made safe, remains that way until something breaks or changes dramatically, we make the underground situation safe to work in but then make it unsafe by blasting with explosives to break the rock to produce gold and then make it safe again to bring out the rock.

“The Mineral Resources Department is the only authority with inspectors professionally trained for inspections in an underground environment,” she said.

Last week, Minister for Lands Faiyaz Koya suspended all underground operations at the mine pending a full audit of the company resulting in about 500 employees being sent home.

Mr Koya had said there was no set timeline on the audit.

MCC to resume logging operations at Ramu mine 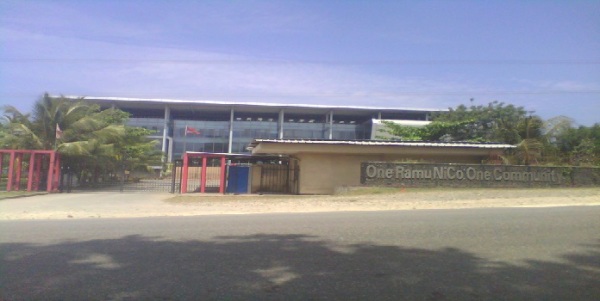 MCC to resume logging operations at Ramu mine

Mineral Resources Authority has granted permission for Ramu NiCo to resume logging operations at its Kurumbukari mine site. The permission was issued by Inspector Joseph Umare last Monday following a visit to the mine and logging training sites after the  logging cessation order was imposed in August last year by the inspectorate following a fatality following the logging activity by a logging contractor.

Mr Umare in a letter presented to the registered mine manager and general manager of KBK mine Sarimu Kanu reads: “the matter has been examined in the light of what is stated in your submissions referred above along with assessments of training and competencies of your logging operators as well as the discussions held with you and your senior management team at your KBK Mine site.”

The permission was given with several conditions including the health and safety of logging crews and those who are engaged in the logging activity.

The SML8 land area allocated for mining activity at Kurumbukari in the Bundi LLG is mostly covered by natural forest and the permission by the Mines Inspectorate for logging now paves way for the company to clear the area without disruption.

The selected logs of economic value will be transported out of the mine site to a designated milling site by a contractor already engaged by the company.

Ramu nickel/cobalt project is the only mining company conducting logging activity apart from its approved mining permit for the benefit of the local landowners and the province given the economic value of the tree species.

“Serious unsafe and defective systems” at ‘World Class’ Ramu mine

Basamuk mine [sic] set to re-open

Ramu Nickel mine is set to re-commence operations at the Basamuk Refinery. This was announced by the Chief Inspector of Mines Lave Michael granting the permission pursuant to powers under the Mining (Safety) Act 1977.

Mr Michael explained that permission had been granted for the company to operate High Pressure Acid Leach  (HPAL) trains 1 and 2 only, while train 3 would still be closed as it was still under investigation. He said the permission was granted on June 28 on site, after the company satisfactorily met the Inspector’s rectification requirements on trains 1 and 2. Trains are process facilities where slurry from the mine is separated into different mineral products.

The permission comes after more than 11 weeks of cessation of operations, following a fatal incident on April 12 that resulted in the death of a Chinese national employee, and the serious injuries of two local employees. The company was ordered by the Mineral Resources Authority’s Mine Inspector, to cease operations following the incident.

The incident resulted from serious unsafe and defective management systems that were prevalent on the HPAL trains.

As part of the cessation order, Ramu Nickel was tasked to engage an internationally reputable third party investigator, to carry out a thorough investigation and provide a detailed report on the three trains. The report was submitted to the inspector on June 12 following which the inspector allowed the company to conduct remedial and repair works on the HPAL trains. Following this, inspectors visited the refinery on June 23 and conducted verification of the repair and remedial works which resulted in the granting of permission to operate HPAL trains 1 and 2.

The Chief Inspector stated that it is government’s expectation that all mines operating in PNG do so safely and observe their regulatory responsibilities.

UNDERGROUND mine operations at the Porgera gold mine in Enga Province has stopped after detecting a sinkhole near the mine operations, developer Barrick (Niugini) Limited confirmed yesterday.

Executive managing director Greg Walker reported that operations at the mine have been partially impacted by a sinkhole that has blocked a key drainage portal linked to the underground mining complex. As a precaution, management have temporarily halted operations in the underground mine area, and have been working with local communities to ensure the safety of employees and those who reside in the impacted area.

“Our primary and ongoing concern at this time is for the safety of our people and the community in which we live and work,” Mr Walker said.

“While there has been no immediate impact or injury to people in the area, the sinkhole has opened in an area adjacent to residences and community buildings, and we are working with the community to move people away from the immediate area, in case there is further land movement.

“The mine will be providing immediate support to people who are required to temporarily relocate as a result of the subsidence.”

Management reported that it was working to urgently investigate the land movement and identify options to remediate the sinkhole site.

“While we are able to engage in surface mining and processing in these circumstances, for safety reasons work to investigate the movement of ground can only progress slowly at this stage.

“In the coming days we will be working with the community and local authorities to help minimise any impact on local people from this land movement,” Mr Walker said.

He also noted that the company would provide further updates on the situation when any new information was available.

The company said concerns were raised by Lagaip-Porgera MP Nixon Mangape who called on mines inspectors to visit the site because the sinkhole posed threats to human lives. Mr Mangape said the sinkhole last Saturday was directly caused by the underground mine operations and was causing panic and threat to the SML landowners.

Minister defends closure of Ramu mine

MINING Minister Byron Chan has defended the forced closure of the Ramu nickel mine in Madang saying an investigation is important into the death of an expatriate and injury to two local workers.
Chan told Parliament last week that the Government wanted Ramu NiCo Management Ltd to engage an independent inspector to assess the situation.
He was responding to a concern raised by Usino Bundi MP Anton Yagama about the closure of the nickel and cobalt project for seven weeks.
The Mineral Resources Authority had shut down the mine on April 15.
He said the mine’s prolonged closure had negatively impacted businesses and the community with workers being laid off.
Chan said: “It’s unfortunate that it has been shut down for seven weeks.
“But there was an incident which led to the death of a foreigner and injuries to two Papua New Guineans.
“The matter is serious and has led to the shut-down.” He blamed a cost-cutting measure by the company which “unfortunately” led to the incident.
“It is a cost cutting measure – the price of nickel has dropped so low. The reason for the shut-down was a burst in of the pipeline,” Chan said.
“We’ve asked the company to get an independent assessor to assess the accident area and provide the department and inspectors the way forward.
“It involves the high pressure pumps. It was a bit complicated.”
He said the assessors and inspectors would make recommendations to the Mineral Resources Authority this week.
“Possible reopening of trains 1 and 2 of the mine based on that investigation,” he said.
“The third train which caused the accident will still be shut down however because of the necessity of the mine to reopen, we must look at this independent report and assess it professionally.”

Fiji: Probe over mine death continues

THE Ministry of Labour has not completed its investigations into the death of 29-year-old Floyd Williams at the bauxite mine last month.

Minister for Labour Semi Koroilavesau said he would not comment on the investigations.

“I will not make any comments on the OHS coverage for mines until we have finalised our preliminary investigation report,” Mr Koroilavesau said.

“As for the workers compensation, the Labasa team is currently liaising with the employer to provide more documents in relation to wages records and awaiting the conclusion of traditional rites before taking down the statements of the dependents for the deceased.”

Mr Koroilavesau said last month the ministry did not monitor the occupational health and safety standard issues at all mining sites.

Police said Mr Williams was trapped and crushed on the conveyor belt carrying soil to the bauxite dryer separator at Dreketi.

A father’s big wedding plan was ruined after his 29-year-old son died at the bauxite mining site of Xinfa Aurum Exploration (Fiji) Limited at Matasawalevu in Dreketi last weekend.

Nabavatu villager Waseroma Lava in Dreketi said his son Floyd William was the eldest of six siblings and was supposed to get married in August.

“He was working as a supervisor for his company for two years,” the 49-year-old father said.

“On Saturday, an employee of his company came to us with a message stating that William was crushed by a conveyor belt carrying soil containing bauxite.”

He was rushed to the Dreketi Health Centre but was pronounced dead.

“I was in shock and till today I do not believe the details revealed by the company over the cause of his death.

“I do not demand for compensation.

“Instead, I am looking for truth and a valid explanation.

“William was a much disciplined man, kind and friendly.

“He was financially supporting our family since my wife and I are unemployed.

“He was a very talented rugby player who played for Labasa Army and warden team.”

“The Fiji Police Force, Department of Mineral Resources and Department of Labour are carrying out their individual investigations,” Mr Dagaga said.

“During the incident there was no eye-witness and it would take us a while to comment.”

Minister for Employment, Productivity and Industrial Relations Semi Koroilavesau said his northern team was informed yesterday of the incident at Dreketi last weekend. The team was there now to conduct investigations on the site.

The post mortem of the victim is yet to be conducted.