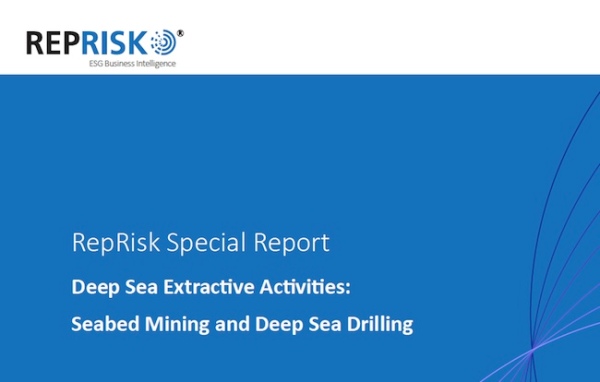 In its report, RepRisk, details the many environmental concerns surrounding experimental seabed mining including:

RepRisk also reviews the history of the controversial Solwara 1 experimental seabed mine in Papua New Guinea.

Both United States mining company Anglo American and Russian giant Metalloinvest have stakes in the mine lease holder, Nautilus Minerals.

RepRisk outlines the strong campaign against the Solwara 1 that involves groups like Greenpeace, Friends of the Earth and ACT NOW! as well as scientist, university professors, church leaders and local communities.

According to RepRisk these groups have all voiced “fierce opposition to the Solwara 1 Project”.

As well as the environmental concerns outlined above which are all relevent to the proposed Solwara 1 mine, RepRisk highlights the concern over the ability of the PNG government to monitor a completely new mining technique.

RepRisk also outlines the concerns of coastal communities that the project will pollute the seawater, cause other environmental damage, and have a negative impact on their livelihoods and food sources, which are dependent on fishing.

The report also highlights the 2012 report that claims the  Solwara’s Environmental Impact Study was seriously flawed, as it failed to correctly identify the risks associated with the project and had underestimated the impacts on local communities.