St Barbara in dispute with landowners at Simberi mine 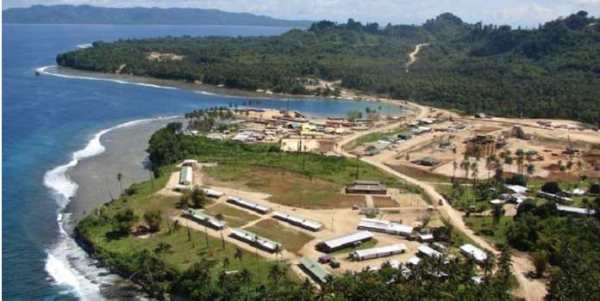 Gold mine strife with landowners

Simberi Gold company mining operations are at risk after landowners at the New Ireland mining camp placed “gorgor” plants at the pits.

To New Irelanders, posting the ‘gorgor’ leaves is like forbidding activity at the site.

According to  local sources the dispute and  gorgor threat is due to some unsettled issues the company is having with the landowners.

Sources on Simberi claimed the gorgor had forced the company’s hand and had caused a stoppage.

The mine is on the Simberi island in the Tabar group of islands within the Namatanai electorate.

The Loop spoke late today to a company executive who denied any disruption to mining operations but agreed there was a dispute with landowners.  He declined to be specific about the nature of the dispute.

He did say that the company respected the posting of the gorgor, but that mine operations were continuing as usual.

The Simberi mine is owned by the St Barbara company, which has recently run into troubles with its Gold Ridge mine in the Solomon Islands.

The company’s most recent report to the stock exchange, for the March 31 quarter, was positive, saying production had picked up and profit margins were improved. Also, digging for prospective nearby ground was looking good.